Eden Alternative UK was founded in 2005. For the first twelve months the Eden Alternative was presented to conferences and various organisations culminating in the first Eden Associate course in Birmingham in 2006. Since that time 1400 Eden Associates have completed the three day course in England, Scotland, Wales and Ireland. The Eden Register of Homes was initiated in 2010 and currently includes 40 residential and nursing homes.

On June 6th 2014 Eden Alternative UK was incorporated as a Community Interest Company. After nine years operating as a partnership the step was taken to ensure the long term future of the Eden Alternative in the UK. The company is managed by a Board of Directors representing a broad spectrum of experience across the care continuum. Day to day management remains with the Regional Coordinator, June Burgess. 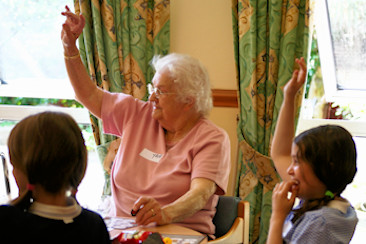